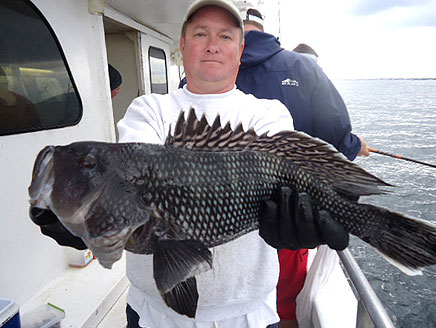 After hearings, postponements and what seemed like a never ending quest to establish the 2015 New Jersey Summer Flounder and Black Sea Bass Regulations, New Jersey Department of Environmental Protection Commissioner Bob Martin has signed a Notice of Administrative Change. The notice allowed the recreational summer flounder season to open on Friday, May 22, 2015.

Although the process took several months of meetings and public hearings, amazingly there were no changes in the size and possession limits from 2014. The size limit for summer flounder will remain at 18-inches and there is a 5-fish per day limit for individual anglers. 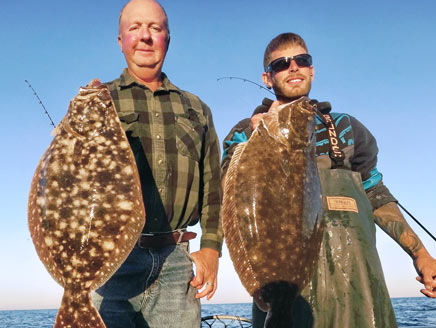 The Shore Based Enhanced Fishing Opportunity Program (SBEFO) established in 2014 for summer flounder will continue unchanged for 2015 at Island Beach State Park (IBSP)as well.  The SBEFO Program permits anglers to retain only 2-fish per day (NOT 5-fish) greater than or equal to 16 inches (total length) only at IBSP during the current 2015 New Jersey summer flounder fishing season, which opens on May 22. The program will remain open until the end of the statewide summer flounder season on September 26. BE ADVISED that this program will be available to “shore-based” anglers only, defined as fishing from a pier, jetty, beach, bank, or marsh.

The SBEFO modified regulations do not apply to anglers fishing from a boat, kayak, canoe, personal water craft, or fish arriving to the shore by means of water craft. Shore-based angling shall be by hook and line only. Unlike the 2014 fluke season, there will not be a check station for fluke measuring 16 to less than 18 inches. Anglers are required to retain proof of legal entry to IBSP (park receipt) until returning home or until just prior to consumption if the fish are to be consumed prior to the angler returning home. Those holding Mobile Sportfishing Vehicle Permits are required to request a receipt at the front entrance gate of IBSP.

The two fish at 16 inches or greater for shore-based anglers are the regulations on IBSP -anglers can not choose to retain 2 fish at 16 inches or 5 fish at 18 inches. Anglers that possess summer flounder harvested at IBSP may harvest summer flounder outside IBSP provided they abide to the 18-inch size limit and 5-fish possession limit applicable to all other waters (for example, if 1 fish is harvested at IBSP, 4 fish 18 inches or greater may be harvested in waters outside of IBSP). meeting. 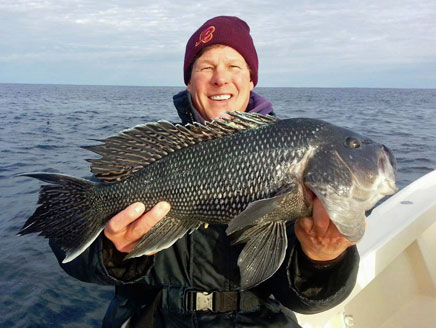 The Notice also changes the open seasons and possession limits for black sea bass, which are as follows:

An important notice was announced for incorrect information that appeared in the original 2015 Marine Digest. On page 17 of the printed booklet which outlines all New Jersey Saltwater Fishing Regulations, there was an incorrect announcement of the dates for the first Black Sea Bass Open Season. That season was announced to be May 19-June 27. THOSE DATES ARE NO LONGER IN EFFECT. New Jersey anglers are now able to take 15 Black Sea Bass since the first open season came into effect on May 27th. All Black Sea Bass must be 12.5 inches or larger to take into possession. The first open season ends on June 30th, after which anglers will be limited to ONLY TWO FISH until July 1st when the limit jumps back up to 15 again. All Black Sea Bass open seasons are shown in the table above.

All anglers in New Jersey who wish to fish in the saltwater marshes, estuaries, bays and Atlantic Ocean, must register for the New Jersey Saltwater Recreational Registry Program. New Jersey’s program saves New Jersey anglers from the federal registry program and exempts the state’s anglers from the $15.00 federal registration fee imposed by NOAA in 2011. The Department of Environmental Protection (DEP) implemented the New Jersey Saltwater Recreational Registry Program (NJSRRP) effective May 4, 2011. Registration is fast and FREE online at:http://www.nj.gov/dep/saltwaterregistry/index.html
For additional information, anglers can contact the Department’s Marine Fisheries Administration at 609-748-2020.