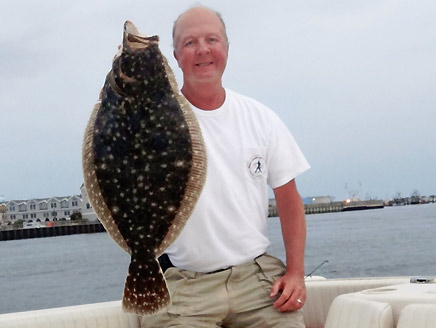 The 2015 JCAA Fluke Tournament sponsored by the Jersey Coast Anglers Association will be held on August 1st, 2015. The JCAA Fluke Tournament is in its 21st year. The Awards Ceremony is scheduled for Wednesday evening, August 12, 2015 at the Holiday Inn on Rte. 72 in Manahawkin.The Grand Prize Drawing this year is a 14’ G3 boat, 20hp Yamaha Outboard and trailer donated by G3 Boats and four G3 dealers, Salem Boat Exchange, Spring Garden Marine, Mercer Marine Supply and Mayberry Sales and Service. The motor is sponsored by Yamaha Outboards.First place port prizes are $1,200 and listed below are 10 Great Reasons to Enter the 21st Annual JCAA Fluke Tournament on August 1, 2015.
One – Thousands of dollars in cash and prizes!
Two – A great day of fishing fun with family and friends!
Three – A gala awards celebration!
Four – Nine ports to fish from — each with a $1,200 first place prize!
Five – An evening of fun and prizes galore!
Six – Your chance to win the Grand Prize without even catching a fish!
Seven – A drawing for more door prizes than you can shake a graphite rod at!
Eight – A chance to take five of your friends or family fishing!
Nine -90 fabulous port prizes! Ten chances to win at each port. Odds like this you won’t see in Vegas.
Ten – You’ll be helping the Jersey Coast Anglers Association fight to protect your fishing rights and the marine environment!There are hundreds of chances to win in the 2015 JCAA Fluke Tournament, since this event is actually nine mini-tournaments in one. Each weigh station or port has its own set of prizes for the heaviest fluke brought to the scales including $1,200 in cash for 1st place. The first place cash prizes are as follows: Barnegat Bay port prize donated by South Harbor Marine, Manasquan port prize donated by Hoffmann’s Marina, LBI port prize donated by Fisherman’s Headquarters, and Cape May port prize donated by RJ Marine Service. The rest of the port prizes will be provided by JCAA.Major sponsors this year are G3 Boats, Salem Boat Exchange, Spring Garden Marine, Mercer Marine Supply, Mayberry Sales and Service, Yamaha Outboards, Costa Sunglasses, Interlux Paint, Underwater Green Fishing Lights, Tica Fishing Tackle and Canyon Reels.

That’s a total of 90 port prizes! But there is more, much more! Contestants register in one of 9 ports from Jersey City to Cape May, each with easy access weigh stations. You compete only against those boats registered in that port for the generous list of port prizes.

In addition to your chance to win any of the port prizes by using your fishing skills, every boat entered has a shot at winning the Boat, Motor & Trailer Grand Prize and a host of door prizes. These will be given away as part of a huge drawing at the gala awards ceremony hosted by the Holiday Inn on Rte. 72 in Manahawkin on Wednesday, August 12th, 2015. At least one member from your crew must be present for you to win the Grand Prize and door prizes. There will be plenty of fun at the awards ceremony and you will have a chance to meet our sponsors and the JCAA volunteer staff. Come early and have fun! Port prizes and door prizes will, once again, be presented at the event by our master of ceremonies, Dr. Pat Donnelly.
Anglers may print an application from the JCAA website or register by clicking on the link below: