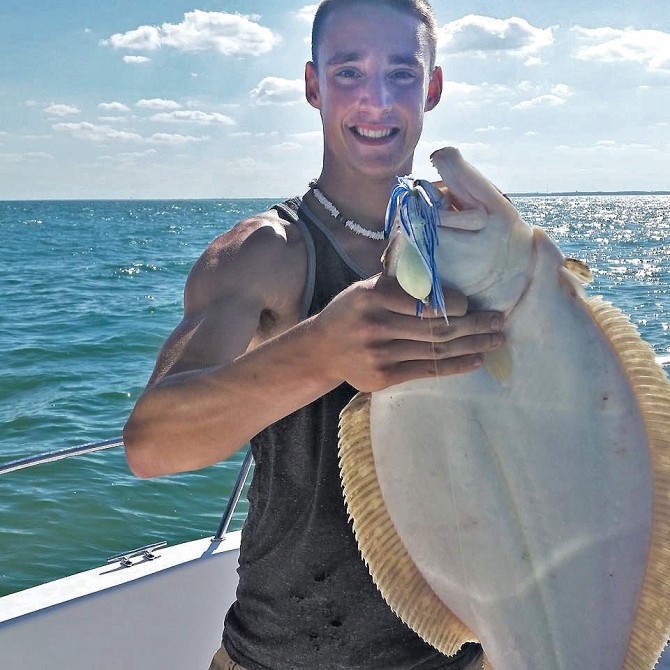 New Techniques and Developments Add To This “Tried and True” Way to Fish!

For those of you as old as I am, you may remember in the movie “The Graduate” starring Dustin Hoffman, the wisdom passed along to him at his college graduation party…”Plastics, Ben…Plastics”. At the time, plastic was exploding as a material for building just about anything. That wisdom moved to many in the fishing industry, and as the saying goes…”the rest is history”. Soon there was an explosion of floating poppers and crank baits that worked well, didn’t rust and would not scratch or dent like their wood counterparts. Yet if you wanted to fish deep, there was one big problem with plastic…it floats.

As soft plastic baits developed, it was necessary to apply weights to those baits to get ’em down where the fish were. You could crimp on a few split shot or a bullet weight, but that didn’t look too natural or overly appealing. That’s where there came an important teaming of an old tried and true method with the new fangled plastics. Crazy jigs with feathery, thin “skirts” were literally “hooked up” with plastics in freshwater for largemouths and became a hit with the freshwater crowd and the pros on the B.A.S.S. circuit.

On the saltwater side of the coin, way back in the day most salty, old-timers swore a bucktail Hopkins with a little fluke belly on the hook was the only “jig” they’d ever need off the surf for fluke and stripers. However, some other enterprising anglers in the bays and ocean, tried hooking a “mister twister” grub to the old round head jigs and this new technique that mimiced the old one began resulting in good catches of stripers, blues and especially big weakies which cemented that jigging technique in the fishing world for good.

Yet jigging for NJ gamefish really took off about 1990 when the new artificially scented baits like “PowerBait” and “Gulp” blew up. These baits represented the evolution of manmade “bio baits”. Unlike plastics, these water-soluble, biodegradable offerings combined fish-attracting scents and tastes with eye-catching colors and shapes. But it is evident that the darned stuff wasn’t going to swim by itself or look particularly appealing without a good presentation system. So anglers soon figured out that the way to get this new stuff to the fish was with weighted jigs. New artificial hair and the development of realistic jig body molds led to a large resurgence in the jig market. If you are jigging for NJ gamefish, on Facebook and belong to a fishing group, it seems like everyone is now getting into the act of making and selling jigs as well as just using them.

Today anglers jigging for gamefish in NJ are presented with a virtually unlimited array of jig products. Here in New Jersey, Stan Gola of “S&S Bucktails” keeps on the cutting edge of jig development. His site http://www.ssbucktails.com is testament to the many types of designs and colors now available in jigs for a wide variety of gamefish. Stan has implemented not only the use of color and body design but is even developing “bigeye” style jigs and has recently implemented the use of sound with his Rattletail line of jigs as well! 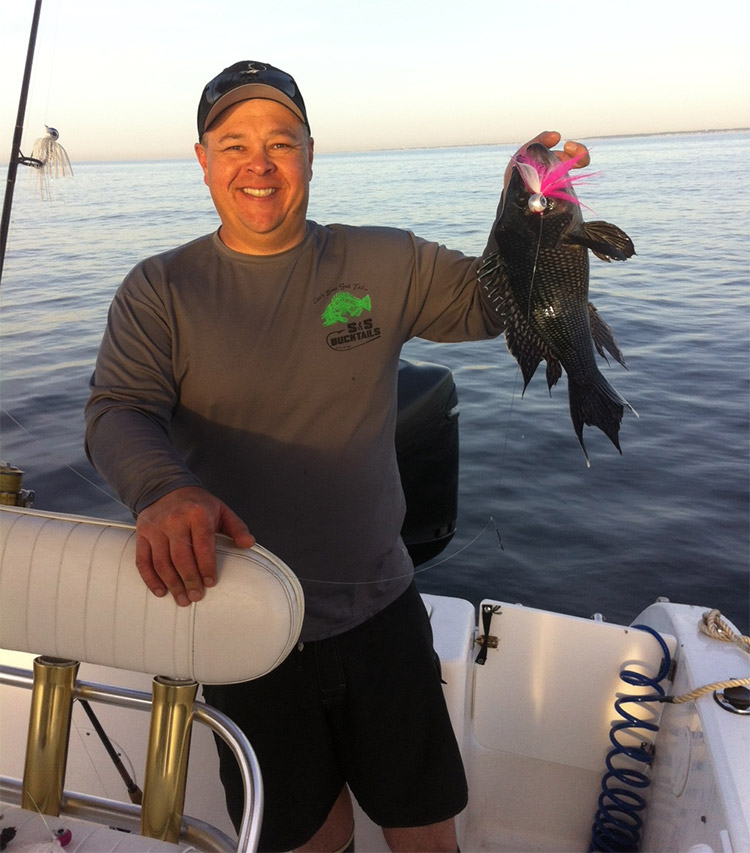 Studies have shown that many fish are not only attracted visually to baits, but also to the sound of their favorite prey.  Both large and small crustaceans create clicking sounds by either their movements or contacting bottom objects such as rocks and other crustaceans. Many years ago, my father-in-law told me to use live grass shrimp when fishing for weakfish, since they actually hear the clicking of the shrimp as they move through the water. I guess he was on the right track! Striped bass, bluefish, tautog, sea bass and fluke all consume many types of crustaceans (that they love to spit out on the deck of your boat!). At S&S, Stan has developed a “Rattletail” jig that mimics these sounds. The jig implements small internal “rattles” to produce a clicking sound when fished. Many of the postings of fish I’ve seen on Facebook taken with the “S&S Rattletail” confirm that this technique works very well!

Even though many jigs are designed to be fished by themselves, I have found that the addition of plastics, biobaits and live baits will all add to the effectiveness of your jig. One of the hottest techniques in tautog jigging is to use a wobble jig or “tidaltails” jig with a piece of green crab or a very small crab on the jig hook. The crab is placed on the hook through the leg socket as you would on a plain hook. Smaller crabs should have the jig hook placed through a back leg and out the back of the shell to keep it upright on the jig with its legs moving. This jig/bait combination has recently resulted in the taking of some very large “tog”.

So, whether you are fishing for stripers, fluke, tog, sea bass or another species it may be time for you to “get jiggy wid’ it” and tie on one of these new jigs. It will dress up your live bait or add some proper presentation to your “Gulp” baits. Now get out there jig some fish!